Researchers in Australia have increased wheat yields by 55 to 65 percent in some of the country’s most challenging farm terrain by using fertilizer derived from human waste.

The project is being led by Federation University’s with funding from the Grain Research Development Corporation and focused on two locations in southeastern Australia, where farmland can be challenging to work with.

The team has found that using biosolids produced from human waste water have been especially effective at mitigating the effects of subsoil constraints like clay or other inhospitable chemicals that affect an estimated 80 percent of the country’s arable land.

‘We harvested two months ago and we are getting a 55-65 per cent [increase] in the crop yield when compared to the untreated soil,’ Federation University’s Nimesha Fernando told ABC News.

‘So it clearly shows production, the crop yield has significantly improved.’

To produce the biosolids, waste water is first collected from residential and commercial sewage.

It’s then filtered to remove large solids, and placed in a separate storage container where the mixture is allowed to separate, with active microbes rising to the top and smaller waste particles sinking to the bottom.

That solution is then heated, triggering a ‘digestion’ process where the microbes begin consuming the remaining waste particles.

The final mixture is sent through a spinning cylinder to remove all the water, which leaved a potent and non-toxic fertilizer. 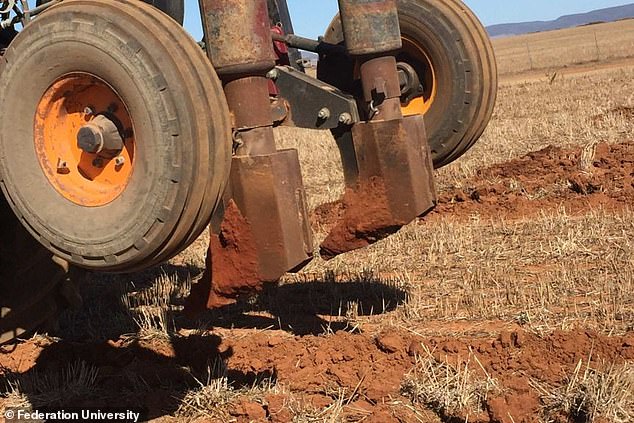 The team found the biosolids, produced from treating human wastewater, were effective at softening hard clay that lies between 12 and 15 inches below the surface and can limit the ability of plan roots to draw water and nutrients

Previous research has spread biosolids across the surface of arable land, but the team wanted to measure its effects specifically on subsoil.

‘When we go below [12 to 15 inches] from the surface we will find very hard clay, the hard pan,’ Fernando said.

‘This hard pan restricts the crop to grow up to their potential yield.’ 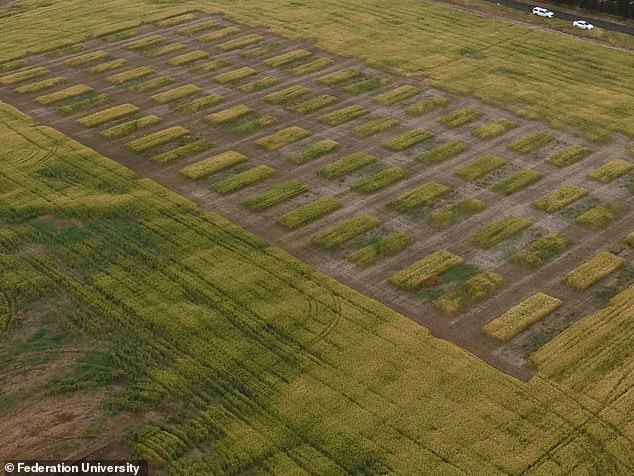 Other fertilizer sources, like chicken manure and alfalfa pellets, can cost between $200 and $1,550 per ton, whereas as wastewater can be collected from cities for free, presuming local governments will subsidize its treatment

Subsoil clay can dramatically reduce yields and general health of the plants as they near maturity and find themselves unable to meet their growing meed for water and minerals.

Farmers have traditionally relied on a range of other fertilizer sources, including chicken manure and specially treated pellets made from dried alfalfa, sometimes called lucerne.

These sources can range from $200 to $1,550 per ton, while biosolids can be sourced from freely available waste water, which could potentially offer major gains for the country’s farmers. 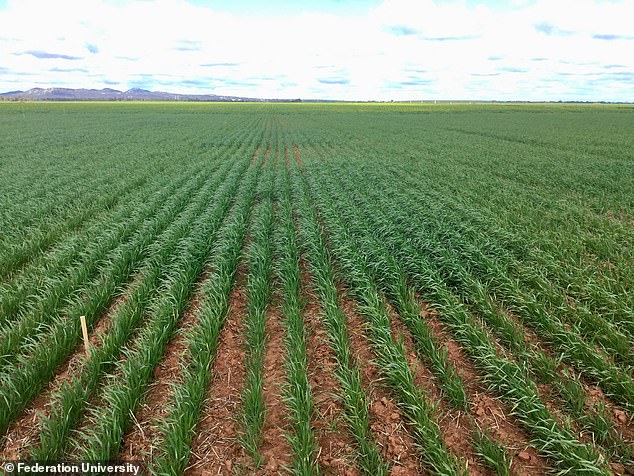 Encouraged by their early results, the team will continue to study biosolids for the next two years to see how effective they are on crops other than wheat

While the initial results have been promising, the team expect to spend at least two more years testing how biosolids work with crops other than wheat and what longer term effects they have on soil composition.

‘We’re hoping to continue on for at least another two years so that we can see the temporal changes, as well as how different crops respond with the treatment,’ Federation University’s Singarayer Florentine said.

‘We’re not only looking at the yield, we’re also looking the soil’s physical and chemical changes.’