Charity appeals featuring distressing images are more effective when presented on an orange background as it boosts the emotional impact, research suggests.

When presented with ads that showed the heart-breaking impact of war or poverty to solicit donations, people gave three times more money when appeal materials in email form were presented against an orange backdrop.

Distressing messages accompanied with a background of a colour we associate with ‘warmth’ makes us pay more attention as it jars with upsetting images.

Meanwhile, appeals for money that showed the positive impact of giving money –such as pictures of smiling children – against blue backgrounds, associated with feeling cold, proved more effective.

The study’s authors say their findings and the use of certain colours in their appeals could help charities attract more donors and raise more money.

A fundraising ad from the global charity CARE International UK with an orange background. It’s thought orange is out of harmony with ‘negative’ charity ads, which, if used as a background, pulls our focus towards the actual content of the ad and makes us donate more

‘In today’s image-laden, visually evocative media environment, it is critical for nonprofit marketers to identify novel and effective ways to attract potential donors,’ they write in the International Journal of Research in Marketing.

COLOURS AND THEIR INTERPRETATIONS

Certain colours have different meaning associated with them, which will vary dependent on context.

The following are colours and their meanings, according to the Office for National Statistics.

‘The strategic use of background colour in emotional charity appeals will help marketers achieve this goal by enhancing potential donors’ attention to the appeals and bolstering donation behaviour.’

The authors suggest the effect is caused by the contrast between the emotion of the campaign and characteristics of the background colour used.

This contrast may increase our attention and magnify the emotional intensity experienced by potential donors – which ultimately influences their donations.

After seeing ads from a variety of charities including Save the Children and World Help with orange and blue backgrounds, they were asked to give donations.

People donated almost three times more money to negative charity appeals (those showing distress) when they were featured on an orange background compared to those with blue backgrounds.

Meanwhile, donations to positive appeals – those showing a positive impact – were higher among those with a blue background, compared to those using orange. 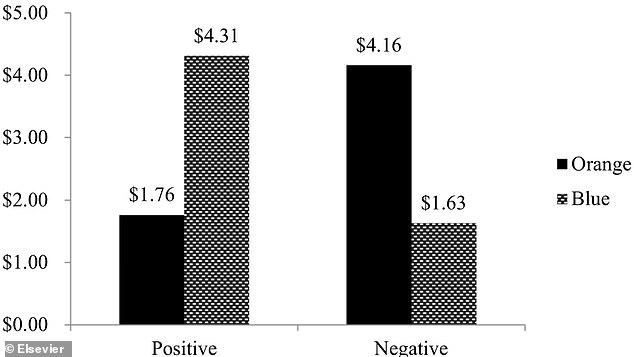 As an example, a positive appeal would be a better fit for a community soccer team’s fundraising effort, showing smiling children on the playing field.

On the other hand, a negative appeal might be more appropriate when requesting provisions for children living in a war zone.

‘Our research suggests that the former type of appeal might be more effective against a blue background, while the latter type will garner more support if presented against an orange background,’ the authors write.

Blue and orange colours don’t go in harmony with positive and negative charity appeals, respectively, the authors conclude – but this has a positive effect for charity campaigns. 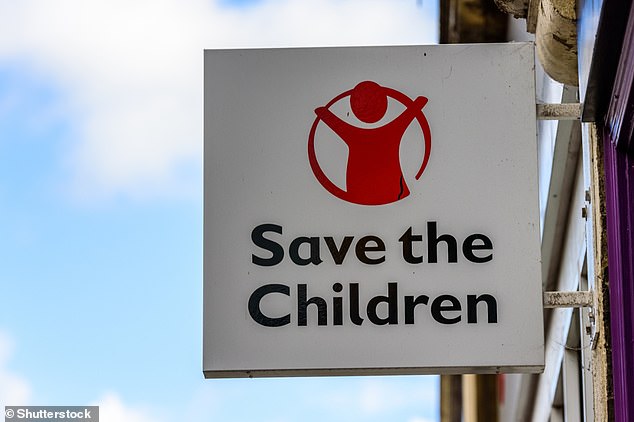 For the experiment, positive and negative appeals were adapted from those used by Save the Children, a nonprofit that helps supply food, health care, and education to children in 120 countries, as well as other chairites

This incongruity enhances the attention people pay to the charity appeals, thereby strengthening their emotional response to the appeals, which increases charitable donations.

Jungsil Choi, from Cleveland State University, who led the research, said a possible limitation was that it based on respondents in the US and different colours have different connotations in other cultures.

But in eastern cultures such as China, the colour white indicates sterility and death.