China’s anti-coronavirus cars: Buttons and consoles with anti-viral coating and powerful air filters with UV light to sterilize the air are among new features being developed by automakers to protect motorists

Some Chinese auto manufacturers have begun offering new design features they promise will help limit the transmission of bacteria and viruses, including Sars-CoV-2.

Chinese car manufacturer Geely has developed a new air filtration system it promises will protect passengers from viruses and bacteria with the same effectiveness as a medical mask, part of its new ‘Healthy Car Project’

‘Consumers spend a considerable amount time in their cars, akin to a ‘second home’. Only by making healthier products can we meet consumer demand for better quality of life,’ a Geely spokesperson told the BBC.

The company has also promised to roll out ‘new environmentally sustainable materials with anti-bacterial and anti-viral properties which can be used within air-conditioner systems and on frequently touched surfaces such as buttons and handles.’

In addition to its new design changes, Geely is promoting a new ‘contactless’ home delivery service that will use drones to deliver car keys to customer’s homes or apartments to minimize exposure to staff.

A number of other car manufacturers in China have begun developing their own COVID-19 inspired design features.

SAIC will now give customers the option of adding an ultraviolet lamp to its cars air conditioning vents, which it claims will sterilize the air being circulated into the main cabin. 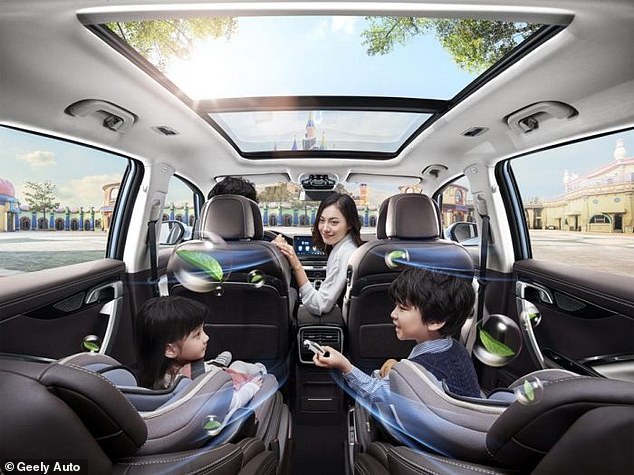 Guangzhou-based GAC has also begun promoting its own air filtration system, which it says will help protect against viruses and bacteria.

These sorts of safety features have been popular in China for years.

In 2015, Tesla promote its ‘Bioweapon Defense Mode,’ an elaborate air filtering system that promise to remove ‘at least 99.97% of fine particulate matter and gaseous pollutants, as well as bacteria, viruses, pollen and mold spores.’

Some analysts have criticized these measures as gimmicks that rely on unproven technology in a climate of growing anxiety about pathogens and respiratory illness. 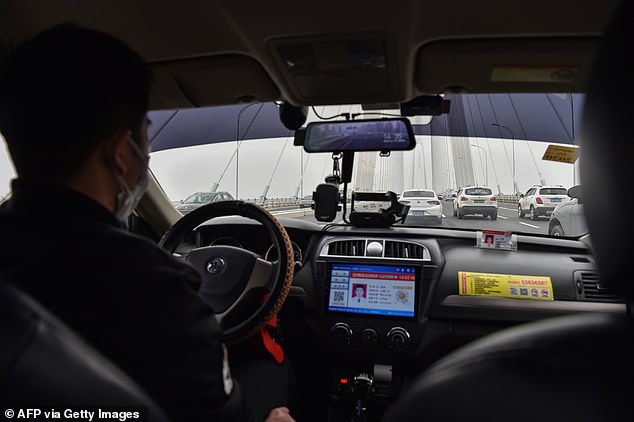 Industry analysts are skeptical of just how effective these new technologies will be. ‘I’m no doctor or scientist, but I’d warn consumers to be cautious of any company saying their products reduce virus transmissions, especially COVID-19 ones,’ analyst Shaun Rein said

‘Companies are trying to take advantage of fears of COVID-19 to sell products and services to consumers and to be able to charge a premium,’ Shaun Rein of China Market Research Group told BBC.

‘I’m no doctor or scientist, but I’d warn consumers to be cautious of any company saying their products reduce virus transmissions, especially COVID-19 ones,’ Rein said.

According to industry analyst Vivek Vaidya of the firm Frost & Sullivan, these new features will likely be picked up by other car manufacturers around the world.

‘The development of these features was already in the offing but COVID-19 has provided more impetus,’ Vaidya said. ‘This won’t be limited to China, but a global trend.’