Government officials in a small coastal town in Spain have sprayed down a local beach with a diluted bleach solution in the hopes of protecting residents from COVID-19.

The decision was made by Agustín Conejo, head of the local government of Zahara de los Atunes in the southern province of Cádiz, whose residents will begin emerging from six weeks of COVID-19 lockdown over the next month.

Conejo said the decision to spray bleach was made to protect minors and children who would be returning to the beach, but admits the decision was a bad move in retrospect.

The local government in the Spanish town of  Zahara de los Atunes sprayed the beach with bleach to protect locals from COVID-19 as they begin to emerge from lockdowns, a decision that was widely criticized

“I admit that it was a mistake, it was done with the best intention,” he told the BBC.

The spraying was done with a number of tractors and small trucks equipped with long fumigation misters that released a diluted bleach solution across the beach sand and nearby dunes.

María Dolores Iglesias, who heads an environmental volunteer group in the Cadiz region, says she saw these trucks run over at least one egg filled nest from the many species of migratory birds that use the beaches to procreate each year.

‘They have devastated the dune spaces and gone against all the rules,’ Iglesias said.

‘It has been an aberration what they have done, also taking into account that the virus lives in people not on the beach. It is crazy.’ 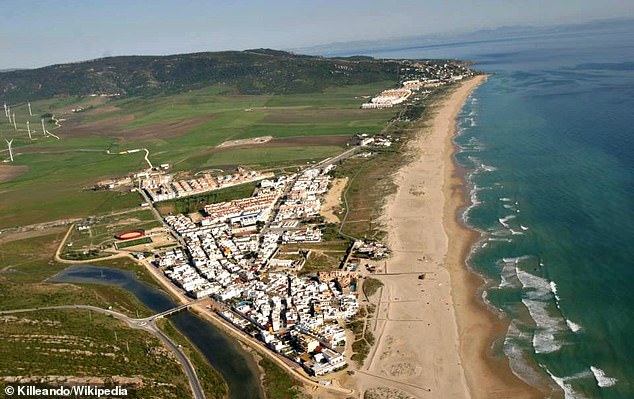 Residents of Zahara de los Atunes have been on lockdown for six weeks during the COVID-19 pandemic, and the local government wanted to prepare the beaches for the public as they began loosening restrictions on movement

The Spanish chapter of Greenpeace warned the move would not only disrupt the mating season for local birds but disrupt the ecosystem for invertebrates that help support the local fishing ecosystem as the bleach leeches out into the sea.

‘[This] is not one of Trump’s ideas,’ the group posted on Twitter in shock. ‘It is happening in Zahard de los Atunes.’

Provincial officials also criticized the decision to spray and say they’re considering fining the city for the move, but no official decisions have been made. 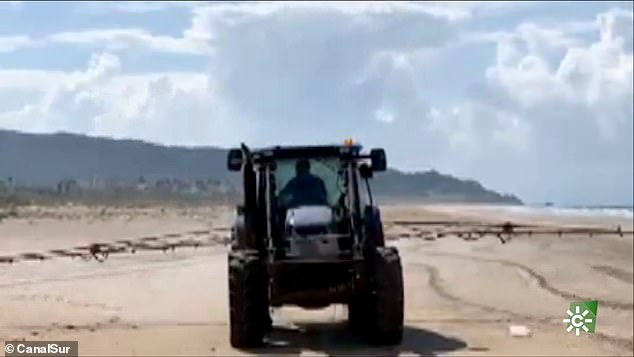 Local activist María Dolores Iglesias described the decision as absurd. ‘The beach is a living ecosystem. And when you spray it down with bleach, you’re killing everything you come across,’ she said

According to Iglesias, bleach sprays can be useful for city streets and other urban spaces, but said it would have a genuinely destructive effect on the beach landscape, killing off even the insects.

‘The beach is a living ecosystem. And when you spray it down with bleach, you’re killing everything you come across.’