By Lizzie Deane For The Daily Mail

Scientists think they may have discovered a way to prevent cat allergies with just a simple injection for our feline friends.

American company Indoor Biotechnologies have used a gene editing tool to eliminate the production of the protein in cats which causes some people to suffer allergic reactions.

The protein, called Fel d 1, is found in cats’ salivary glands and skin and is spread when they groom themselves and shed their fur.

Indoor Biotechnologies says it has successfully deleted the gene that prompts the production of Fel d 1 in cells it has tested from 50 different cats.

A stock image of some kittens. Scientists think they may have discovered a way to prevent cat allergies with just a simple injection for our feline friends

If further trials are successful, the aim is to find a way to develop the treatment into a drug that can be given to cats via an injection, pill or cream.

The firm, which specialises in drugs for allergies, says it could be available to vets within the two to three years.

Martin Chapman, chief executive of Indoor Biotechnologies, said although it sounded ‘like science fiction’ it could in fact be a viable solution.

‘We want people to be able to take cats to the vet, get an injection and then have that reduce or eliminate the Fel d 1 for good,’ he told The Times.

However, it is not yet known whether eliminating the protein would be bad for a cat’s health as scientists are still unsure what it is used for.

Some believe it may be a form of communication for mating while others think it could protect cats’ skin from viral or bacterial infections.

Alena Pance, a scientist from the Wellcome Sanger Institute, said: ‘Deleting Fel d 1 might be feasible without causing damage to the animals but this would have to be thoroughly tested.

‘I don’t think any cat lover would put their cat to harm for the sake of alleviating their allergy.’ 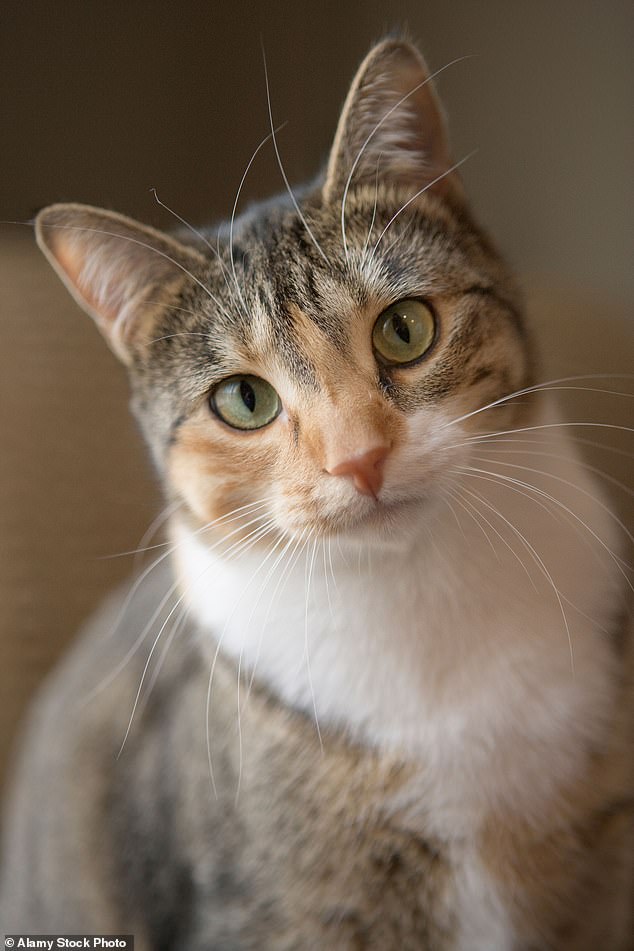 If further trials are successful, the aim is to find a way to develop the treatment into a drug that can be given to cats via an injection, pill or cream. Stock Image of a cat

Indoor Biotechnologies are attempting to find out if removing the protein could damage cats by trying to delete the gene that produces it in fertilized eggs. They would then implant this into a female cat to see if the resulting kitten with the mutated gene developed any medical issues.

The company says if the solution is proven to work only one or two injections would likely to be needed before a cat becomes less likely to spark an allergic reaction.

However, it is still unclear how expensive the treatment may initially be for pet owners.

Professor Robin Lovell-Badge, from the Francis Crick Institute’s Stem Cell Biology and Developmental Genetics Laboratory, said: ‘One of the main reasons cats are turned over to shelters is for allergy reasons so this would be a nice benefit for the cat as well.’