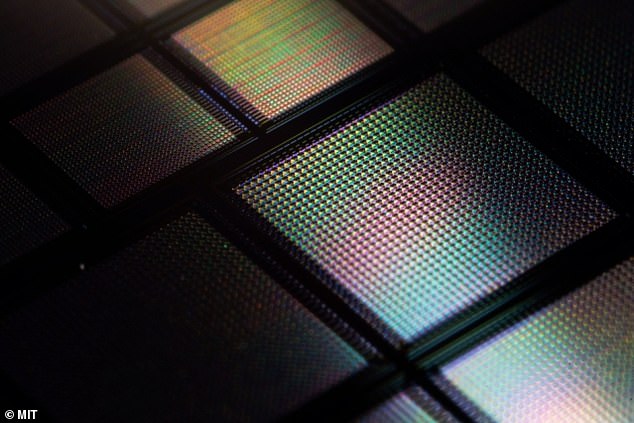 In a paper published in Nature Nanotechnology, MIT engineers describe what they’re calling a ‘brain-on-a-chip’ which is smaller than a piece of confetti and uses what are known as ‘memristors’ – a portmanteau of ‘memory’v and ‘transistors’ – which mimic information-transmitting synapses found in the brain.

Researchers say the chip, which is made out of alloys of silver and copper, and silicon and is only one square millimeter in size was able to ‘remember’ images and recreate them.

Pictures is a close-up view of the neuromorphic ‘brain-on-a-chip’ that uses tens of thousands of memristors, or ‘memory transistors’ 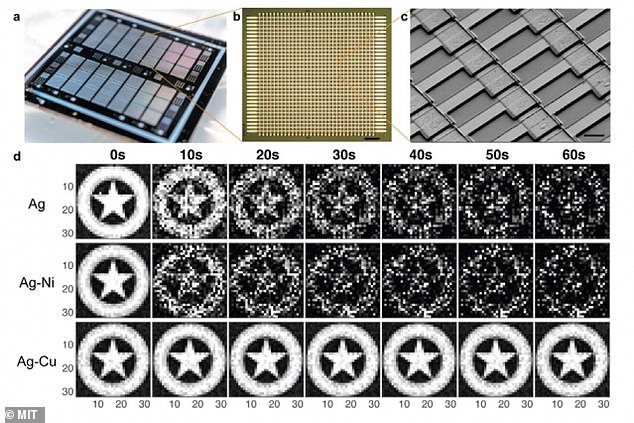 In one example, the chip was able to reproduce an image of Captain America’s shield while in another demonstration it replicated an image of MIT’s Killian Court.

Both of the reproductions worked more reliably than existing designs for memristors, they say.

This ability to ‘remember’ marks the chip’s major advantage over traditional computing since it requires far fewer transistors and capacitors and means they would be both smaller and more powerful.

In fact, the researchers say the chips could potentially pave the way for imbuing handheld devices with a level of computing power only currently capable by a supercomputer.

‘Imagine connecting a neuromorphic device to a camera on your car, and having it recognize lights and objects and make a decision immediately, without having to connect to the internet. We hope to use energy-efficient memristors to do those tasks on-site, in real-time.’ 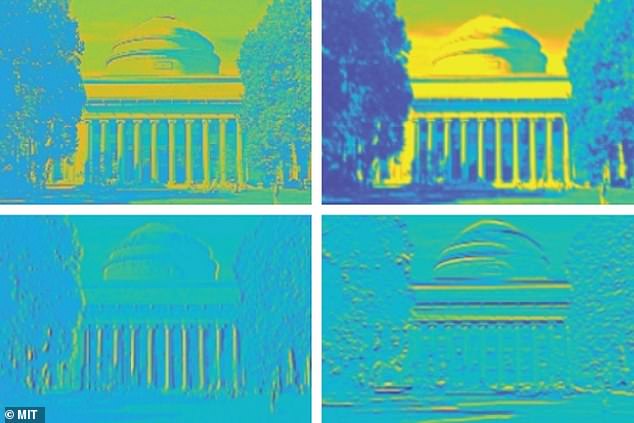 MIT isn’t the only organization working on ‘neuromorphic’ chips that simulate the human brain.

As noted by Engadget, Apple, Google, Microsoft and NVIDIA all have different iterations of machine-learning hardware and Intel has a chip called Lohi that simulates neurons.