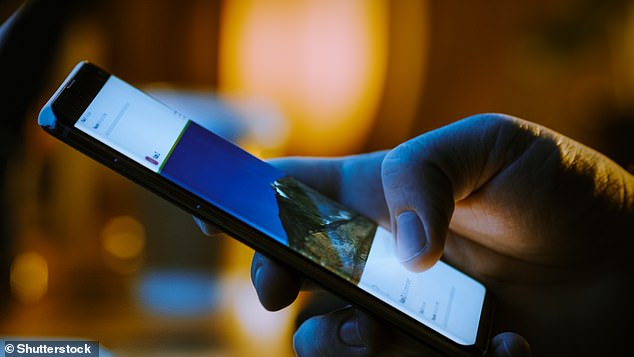 Step away from the smartphone: The average person’s thumb travels the equivalent of TWO marathons a year scrolling through social media

UK marketing agency Ilk has calculated the whopping total, which is 52 miles

To illustrate the total, it’s created an interactive online simulator, Thumb RunExcessive scrolling can cause ‘scroller thumb’, where our digit begins to cramp

By Jonathan Chadwick For Mailonline

UK marketing agency Ilk has made the calculations, based on estimates that we spend 49 minutes per day scrolling through social media sites.

Ilk has created an interactive online simulator for mobile called Thumb Run, in the style of a retro 1980s arcade game, to help visualise the total.

Thumb Run features a thumb dressed in running gear as it bravely makes its way through a digital race course, backed by an 8-bit version of the motivational instrumental from Chariots of Fire.

Try Thumb Run below (mobile only)

‘It’s no secret that many of us spend a lot of time on our phones,’ said Rob Jones, senior PR and social media director at the Leeds-based firm.

‘But the sheer distance covered by our thumbs doing so over a typical year is staggering.

‘We wanted to illustrate just how big a role social media plays during our lives, whether that be as a source of entertainment, to access important information, or to stay connected with family and friends.’

HOW DID THEY WORK IT OUT?

A June 2020 report from Ofcom revealed the average adult spends around 49 minutes per day scrolling through social media sites.

Using this as a starting point, Ilk has equated this to two marathons, based on the average screen size of 10 inches.

Their full calculations are below:

– The average adult spends 49 mins per day on social media – 92 per cent of the time on a mobile device.

– 45 mins is 2,700 seconds, and the average scroll takes about three seconds

– To determine distance, they used the average screen size, which is around 10 inches