By David Coverdale For The Daily Mail

Jason Kenny says he is riding into the unknown ahead of his quest for history at Tokyo 2020.

But even though this is his fourth Games, Kenny admits he has never been so uncertain about his prospects, with the pandemic meaning there have been no major international events since the World Championships in February 2020. 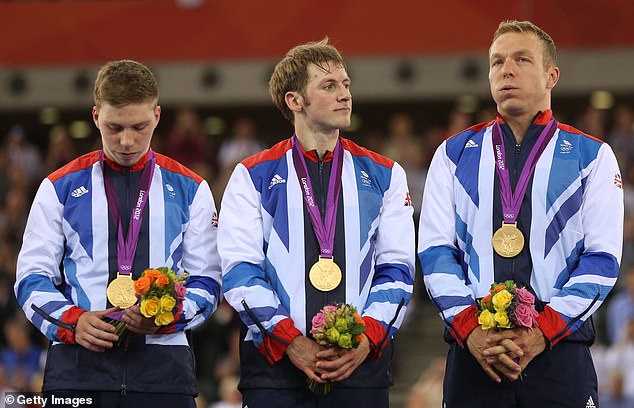 In Berlin, Kenny, Jack Carlin and Ryan Owens could only claim silver behind Holland in the team sprint, while Kenny was knocked out before the medal races in the individual sprint and keirin.

However, much like the British team, the 33-year-old is famous for peaking when it really counts and is expected to be the force of old with full Olympic kit and taper at the Izu Velodrome. 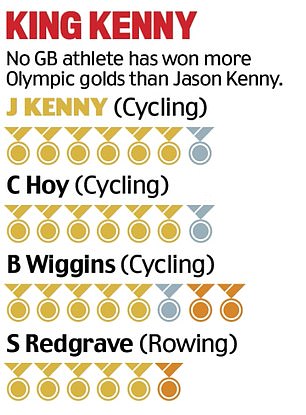 ‘No one has actually come together for such a long time, so we have absolutely no idea what to expect from everyone,’ says Kenny, who is currently at Team GB’s cycling holding camp in Newport, Wales, ahead of his first race here on August 2.

‘The World Championships were 18 months ago and that is such a long time in the life of a sportsman or a team. So much changes in that time.

‘Until you put it on the start line, we literally have no idea how competitive we are going to be. But we’ve worked really hard to try to use that extra 12 months as an opportunity because we haven’t been the dominant team and we have had to find a bit of form.

‘Ultimately, it is going to benefit some people and it’s going to hurt others. We just want to be on the right side of that.

‘Our numbers have been good and we are in a good place.’

Kenny secretly retired after winning three golds at Rio 2016 before returning a year later. He admits he could even carry on to Paris 2024. 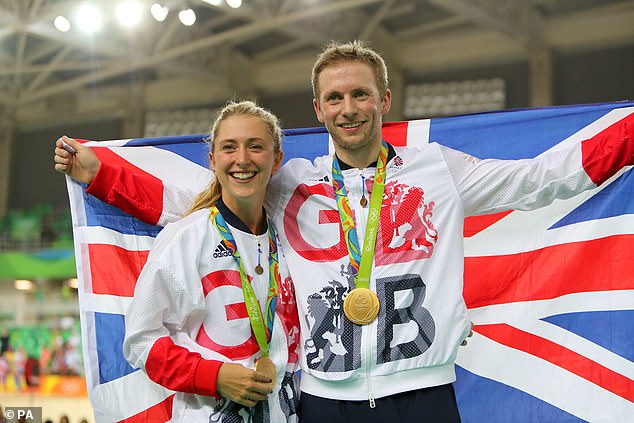 ‘After Rio, I had no intention of carrying on but here I am,’ adds Kenny, whose wife Laura rides in three events, looking to add to her own record haul of four gold medals.

‘After this one, I am very relaxed. I have enjoyed the last four years of training. I have no plan whatsoever beyond the last day of the Olympics. Then I will see how I feel and see what I want to do.