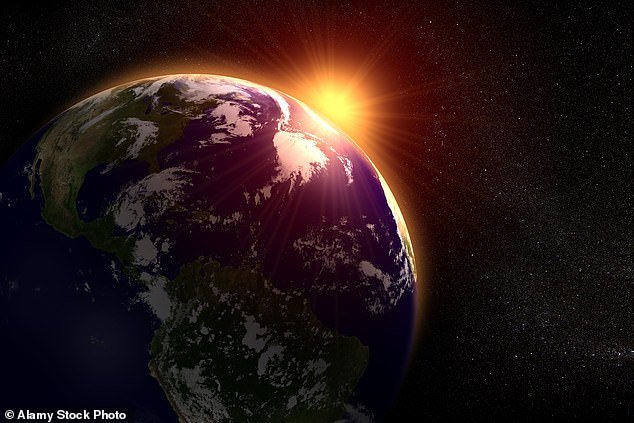 Earth’s stratosphere is shrinking due to greenhouse gas emissions, and it could have a devastating effect on satellite operations and GPS, experts have warned.

A study by Charles University in Prague found the region of the atmosphere from 12 to 40 miles above the Earth has been shrinking by 328ft per decade.

The team predict that over the next 60 years, under current climate change predictions, the upper part of the stratosphere could shrink by four per cent.

This would take another 3,200ft from the top of the stratosphere – enough to put some satellites at risk due to less air friction for them to operate in.

Since the 1980s, when they began observing the extent of the stratosphere, it has shrunk by about 1,300ft, but it was likely shrinking before this, they said.

This is because, before the 1980s, when Earth observing and high orbiting satellites were launched, there was not enough data from so high in the atmosphere.

According to the team behind the new discovery, if the disruption continues then it could impact satellite trajectories and their measurements.

LAYERS OF THE ATMOSPHERE

Troposphere is where humans live and weather exists, the lowest layer stretching up to about six miles.

Stratosphere extends up to about 40 miles and contains much of the ozone in the atmosphere.

Mesosphere sits just above the stratosphere where temperature decreases with height, reaching -130F.

Thermosphere is where temperatures begin to increase with height, caused by the absorption of UV and X-rays.

Exosphere starts at 310 miles and contains oxygen and hydrogen atoms, but in very low numbers.

Magnetosphere features charged particles along magnetic field lines in two bands at 1,800 and 10,000 miles above the surface.

There is a potential impact on the accuracy of global positioning systems such as GP and Galileo, as well as the transmission of radio signals across the planet.

‘The stratospheric thickness has the potential to become a new indicator of climate change,’ the authors of the study explained.

This is due to the fact it is a very clear and obvious alteration to the fragile equilibrium of our planet.

‘This drives the conclusion that there is a need to obtain better and more comprehensive observations of the upper part of our atmosphere to assess the contraction of the Stratosphere. This is going to be a challenge in the future.’

Rising emissions of greenhouse gases from human activity have already led to the warming of the troposphere – where humans live and weather happens.